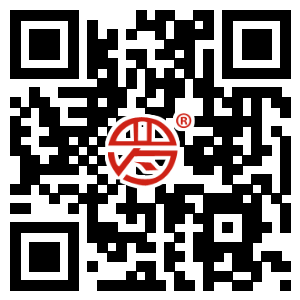 The website of the Ministry of Foreign Affairs disclosed that Vice Premier Zhang Gaoli will attend the 11th meeting of the China-Russia Energy Cooperation Committee and participate in the groundbreaking ceremony for the Russian section of the Sino-Russian East Line natural gas pipeline. The agency expects that with the acceleration of pipeline construction, equipment demand will usher in an accelerated release period.
In May, China and Russia signed a large natural gas bill with an amount of nearly 400 billion US dollars. The total length of the pipeline is 5,000 kilometers, which is expected to bring millions of tons of new pipe demand. In addition, the tendering of major pipeline projects such as the new Guangdong, Zhejiang and West-East Gas Pipeline projects will reach a scale of 100 billion yuan.
The Sino-Russian natural gas pipeline is divided into two parts in Russia and China. The length of Russia is about 2,680 kilometers. The territory of China is Heihe-Beijing-Shanghai. The proposed pipeline is about 3,060 kilometers. The entry point is located about 10 kilometers north of the Heihe Development Zone. The new pipeline is 1016~1420 mm, and 5 underground gas storages are built.
With the advancement of major domestic energy channel construction, the demand for oil and gas pipelines has also ushered in an accelerated release period. From the point of view of the project to be started or being started, the new Guangdong-Zhejiang pipeline, which is dominated by Sinopec, has a total investment of 159 billion yuan. It is estimated that the demand for main pipelines will be more than 4.2 million tons. The demand for branch line plus urban pipe network is 4 of the main line. -7 times. The total investment of the West-East Gas Pipeline Project is 36 billion yuan. At present, preliminary work has been carried out, and it is estimated that the steel used for oil and gas pipelines will be more than 1 million tons. After the signing of the Sino-Russian natural gas bill, the scale of pipeline construction in China is expected to bring tens of billions of investment.
In addition, according to the “Natural Gas Development”, “Twelfth Five-Year Plan”, “12th Five-Year” will build 44,000 kilometers of natural gas pipelines, of which the trunk line is 36,000 kilometers, which is close to the current 40,000 tons of pipeline network. Doubled, the average annual pipeline length is close to 90 million kilometers. The agency expects that during the “Twelfth Five-Year Plan” period, only natural gas main pipeline construction will bring about 10.8 million tons of oil and gas pipelines, and the scale of natural gas pipeline construction will exceed 50 billion yuan. At present, it is approaching “12th Five-Year”; the pipeline construction will enter an accelerated period in the second half of the planning period.
It is worth noting that Sinopec's new Guangdong-Zhejiang pipeline, which has invested nearly 160 billion yuan, has recently completed the second environmental impact assessment information disclosure and is expected to formally invite tenders during the year. The agency expects that under the impetus of oil and gas reform, Sinopec New Guangdong-Zhejiang Pipeline and China-Russia Natural Gas China Pipeline Construction will start, and private pipeline enterprises are expected to receive substantial orders.
In terms of the company, Yulong Co., Ltd. is mainly engaged in welding steel pipes, benefiting from the construction of major energy channels, and the oil and gas pipeline production capacity is nearly 600,000 tons. The agency expects that the new Guangdong-Zhejiang pipeline will bring the company an annual average of about 250,000 tons of orders. At present, the company is in the process of private placement, and the reserve price is not lower than 13.56 yuan, higher than the latest share price. Changbao Co., Ltd. is mainly engaged in oil and gas production, with an annual production capacity of nearly 400,000 tons. It is currently operating at full capacity and is an important supplier to PetroChina and Sinopec. In addition, Sinopec's shale gas mining speed will effectively promote the company's pipeline demand. The company said that if the demand for welded pipes for oil and gas transmission is rapid, it will seek to intervene and there will be no technical barriers.